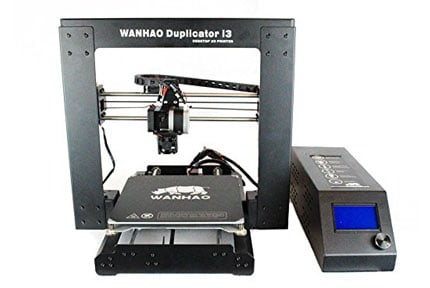 For around 300 USD, is the Wanhao Duplicator i3 a good purchase? Overall it’s a pretty stable printer and a well-chosen pick.

3D printing can be an expensive hobby to get into. Despite the proliferation of open source and low-cost printers, it’s often difficult to find one that’s actually worth your time. Of course, all the technical specs and jargon don’t help.

In this article, we’ll attempt to demystify the Wanhao Duplicator i3. There are several variants of this printer, but we’ll be focusing on the V2 since that’s the most up-to-date version. So is it worth the price? You’ll have to read on to find out.

Unlike many other budget-friendly 3D printers, the Duplicator i3 V2 boasts an open design that allows you to create bigger structures with ease. It comes in several separate pieces, but all you have to do is screw them together and configure the bed level. In total, the whole process takes less than 30 minutes.

The frame itself is made from hardened steel, and both the extruder and base are capable of moving independently of one another. You’ll interact with the printer either via dedicated software on your computer or with the gcode-based microcontroller that sits at the side. Evidently, this isn’t as easy to use, but it’s fine for making small changes to the positioning.

This printer supports both 110V and 220V inputs, but you’ll have to make sure you flip the switch into the right position before plugging it in. If you live in an area with a different outlet voltage, make sure to use a step-down or step-up converter in conjunction with this product.

As you might expect from a budget printer, there’s just one extruder. This can be removed and swapped out if you’d like to use wood or carbon-fiber filaments. The V2 actually supports a decent range of materials, though: you can choose between PLA, ABS, PVA, PEVA, or HIPS.

Using these materials, you can create supporting structures for more convoluted prints, although with a single extruder, it will take a bit longer. Still, for a low-cost model, that’s not half bad!

Generally, prints come out looking pretty good. That said, they’re not ideal: even at the lowest setting (0.10mm), layers are easily distinguishable. The good news is that it handles overhangs well, with very little distortion even on fairly intricate models.

Wanhao has really tried to make using this product as simple as possible. They’ve addressed customer feedback and made some small but important changes including using thumb screws instead of wingnuts on the base, including a leveling card, rounding off the edges of the bed itself.

There’s no way to automatically level the bed, but they do include a small instruction leaflet that walks you through the process. The heating plate can range from 40-60°C, which is fairly low, but fewer options mean less confusion for novice users, so it’s not a deal breaker unless you’re planning to use this printer commercially.

Both USB and SD card connectivity is included, although this printer isn’t WiFi or LAN compatible. A basic SD card is included in the box, as is a small sample roll of filament, some Buildtak, and a scraper.

The Wanhao Duplicator i3 V2 retails for around $450, which is around half the price of some more popular models. Of course, for this price, you can’t expect the world on a plate – there are a couple of minor issues you’ll have to put up with, such as the bed leveling and single extruder.

The good news is that you don’t have to fork out for software. This printer comes with a customized version of Cura for Windows devices. Their website also offers a version for MacOS, but unfortunately, there’s no Linux support at this time. The product manual can also be downloaded from the site.

Since this product is open, it’s easy to remove and clean various components, which keeps the overall maintenance and replacement costs very low. Consider how often you’ll be printing – if it’s a lot, your filament costs will, of course, be higher than if you only print occasionally.

Wanhao’s website offers several tutorials and troubleshooting information for the i3 V2, and although they’re often written in broken English, it’s still easy enough to follow along thanks to the numerous photographs used. There are also a couple of helpful videos available so you can follow along in real time.

Now, while Wanhao encourages its customers to improve and upgrade their printer, they say very clearly that mishandling or modifying it will void the warranty. This warranty lasts for three months and while returns aren’t accepted, the team will always try to help you fix any issues you experience.

Customer support is available via email, over the phone, or through a Google Group. As ever, we’d advise you to use email where possible so that you have an undeletable record of any communication with the company.

The Wanhao Duplicator i3 V2 is an excellent choice for people looking to break into the world of 3D printing. It offers a good degree of flexibility without overwhelming the user with options, and as a bonus, it’s priced so as to be affordable for most people.

The warranty and support options leave a little to be desired, and the website itself can be confusing since it’s clear the designer wasn’t an English speaker, but if you can push past these problems, you’ll find the V2 a solid, dependable printer that allows you the freedom to do whatever you want.

Read our review on the Wanhao Duplicator 7. This 3D printer might be the one what you’re looking for. 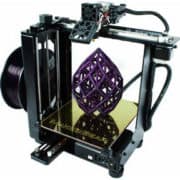