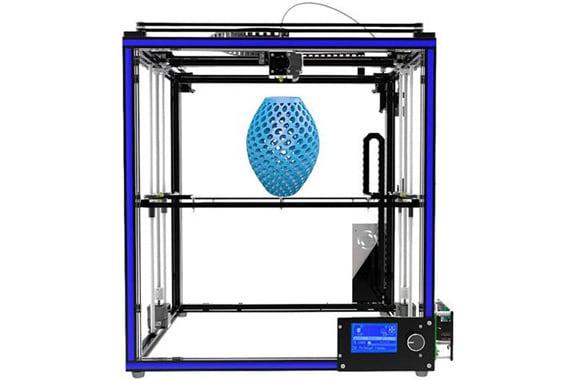 The TronXY X5S is too finicky and underpowered to warrant the time and attention of a stumbling first-timer but is an ideal base for an upgrade project for a DIY veteran.

Sadly, we aren’t all endowed with the blessing that is an infinite budget, and this becomes apparent when it comes to 3D printers, which, we can all agree, cost a pretty penny.

To cater for lower budgets, 3D printer manufacturers have fashioned all manner of products fitting snugly into the budget range. In other words, 3D printing has democratized and is no longer the preserve of the wealthy.

Here we take a look at the TronXY X5S 3D printer and break down whether the manufacturer’s claim of it being the printer with the largest printing area in the $300-$400 price range is synonymous with quality.

The TronXY X5S is a big piece of kit with a printing area of 330x330x400mm. This type of setup is usually found on high-end equivalents and is an upgraded version of the comparatively small X5. TronXY appears to have heard user feedback and vowed to plug the gaps inherent in the X5 predecessor with the X5S.

Robust thanks to a sturdy full aluminum metal cube frame (the trend in this price range is to stick to the cheaper acrylic variant), the model reminds of the stability of printers twice its price. The aluminum extrusions are a mix of beefy 20×20 and 20×40 extrusions.

We can’t stress how pleasantly surprised we are with the frame; ringing and ghosting were all but absent at low print speeds, which is near unheard of in this price range.

The TronXY X5S adheres to a CoreXY cube configuration. The CoreYX design ensures that the stepper motors from the Y and X axis don’t cause vibrations when printing by moving unnecessarily (i.e., they can remain at a standstill when not in use), which results in a far more accurate and rapid print.

The Core YX design works by having two bearing types under the hood: the dual Z-axis twin 8mm screw lead rods sports a linear bearing, while the X and Y axis rods use pulleys.

Beyond added rigidity and smooth sliding required for better quality prints provided by the linear system, the setup also ensures sturdiness for the hardworking X and Y axis with the pulley system, which tends to last longer after sustained use. TronXY X5S strikes a subtle balance between longevity and accuracy. The v-slot wheels on the gantry also work towards added stability.

A bowed drag chain setup means fewer pressure forces on the printing nozzle cutting down on vibrations and overall reducing printing imperfections. However, we found that what at first appeared to be a feature was none other than a fix because the stepper motors weather any pressure whatsoever exceptionally poorly and deviate quite readily.

The non-geared extruder is pretty much of the standard variety and adequately reliable. The plastic belt isn’t ideal but comes with the territory. USB and a provided SD card ensure connectivity. The 12864P LCD screen is functional, but not much else and the rotating knob frequently temperamental.

Individual components such as the motor mount and gantry parts are unfortunately acrylic, but any experienced hobbyist worth their salt can quickly remedy this with replacement parts. The same applies to a small amount of frame twist at higher print speeds solved through minor adjustments such as a triangular wedge in the corners of the frame.

Overall, the print quality isn’t bad for a model in this price bracket. Ghosting, layering issues, stringing, nozzle oozing, and ringing are there, but far less widespread than anticipated, especially at lower speeds. These inconsistencies will aggravate the perfectionist wanting to print near error-free pieces but are entirely satisfactory to casual users.

The large volume print surface is where the TronXY X5S wins the most points, and it’s hard to find a rival unit offering an equivalent build area in the same price range.

The biggest issue we found with the print quality was due to the TronXY X5S being grossly underpowered and the shoddy quality of the electronics. Particularly intricate or high-speed prints didn’t fair well at all.

When coupled with the 300mm MK3 heat bed, the standard supplied 12V 360 watt power supply channels insufficient power to the printer. Reaching temperatures above 60 degrees is near on impossible without added insulation while attaining a usually reasonable 50 degrees takes upwards of 45 minutes to an hour.

The copper tracing on the bed doesn’t get hot enough, and the stepper motors don’t get enough juice to perform adequately, hence the flaws in the printing process.

The lack of power means that although the marketing blurb states the TronXY X5S can print using ABS, HIPS, nylon, wood, and PVC filament, only PLA was truly feasible due to the heat limitations outlined above, and this only when switching off the heat bed entirely.

As has become somewhat of a trend with the X5S, upgrading to a 24V PSU significantly beefs up the model’s performance and is a small fix for a versed hobbyist.

We also noted that due to its massive size, the heated build bed dips ever so slightly downwards towards the middle, which can lead to minor initial layer inconsistencies.

Speed-wise, the TronXY X5S performs best up to 100mm/s, but expect inconsistencies and under no circumstance venture any higher. We found the model performed best at lower speeds.

The Melzi control board without the Arduino bootloader installed means the firmware isn’t upgradable. The firmware itself is the 1.1.6 version of Marlin, prone to issues and unresponsiveness hence the need for a firmware upgrade. The stepper motor drivers could also be better but work decently.

In keeping with TronXY shipping the X5S as a DIY kit, missing screws and nuts are standard. The omission of significant components is a rarer occurrence, but it’s been known to happen.

The TronXY X5S ships with the following components:

In what we now come to expect from Chinese manufacturer’s, the assembly instructions are lacking in clarity and are sure to cause a substantial amount of frustration for the unversed hobbyist or first time builder. The language is let down by a questionable mastery of the English language, which by the inherent difficulty of the art of translation is forgivable.

However, where a line must be drawn is in referring to the wrong components, confusing wires, and calling on builders to use pieces that don’t even ship with this particular model.

The above aside, the build time comes in at a surprisingly reasonable three to five hours depending on expertise and how well one can navigate the instructions. Many of the components are shipped pre-assembled such as the gantry, axis carriages, cable guards, PSU, and hot end, cutting down on assembly time. The cable chains also work great for a clean, ordered build so points for that as well.

Unsurprisingly for the price range, quality control is seemingly absent from the manufacturing process with inconsistency in the production of the parts notably in how they slot together as well as incorrectly labeled components.

TronXY has a dedicated English language page, but it has no content and consequently isn’t so helpful. Contact details are, however, available on the page for those with questions. The company does offer a 100% money back guarantee, but the details of this are near to impossible to come by.

Points of sale like GearBest and Amazon do offer standard faulty item warranties with more information found on their respective websites.

The TronXY X5S is a solid foundation for a custom, modified printer – a project taken on by a seasoned builder. As a standalone device, it fails to get too many crucial elements right to rival similarly priced 3D printers such as the JGAurora A5 and Creality3D CR-10, which are perfect beginner introductions to the world of 3D printers.

Once upgraded and tinkered with, the TronXY X5S comes into its element and should outperform printers priced much higher. In this, the TronXY X5S finds its value and own little niche in the 3D printer market. 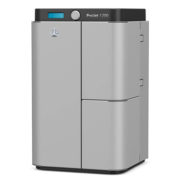