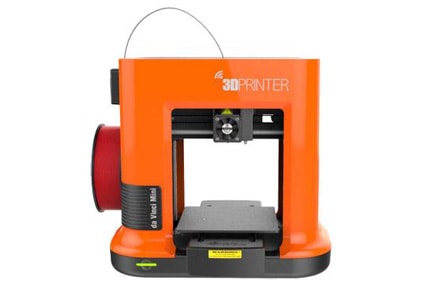 The Da Vinci Mini might not be enough for seasoned 3D printing veterans but it’s ideal for beginners. Its support is unmatched and ensures you’ll be up and running in no time.

So you’ve decided to get into the world of 3D printing. Where do you begin? There are printers for every possible requirement, and there’s a lot of jargon floating around that makes it hard to accurately compare different models. Relax – we’re here to help.

XYZPrinting is known for creating some of the best entry-level 3D printers around. Today, we’ll be looking for any strengths or weaknesses that the Da Vinci Mini might have– it’s a small printer, but it’s certainly capable. However, is it right for you and your needs? You’ll have to read on to find out.

The XYZPrinting Mini comes pre-assembled, so there’s no need to factor in build time. It’s a small-sized unit, perfect for sitting on your desktop, but this does mean that the build area is similarly restricted. Don’t get us wrong – you’ll be able to print decent-sized models, but nothing too huge.

Notice how there’s no enclosure? This means that it’ll be a little louder when you print, but all things considered, it’s still fairly quiet since the mechanical parts are mostly covered by the plastic frame. There are also implications for heat retention, but that’s not an issue, as we’ll explain later.

You get exactly what you’d expect from a low-end printer: there’s a single extruder and a maximum speed of 100mm/s. This is fairly standard and just means that you’ll take slightly longer to print. However, as the build area is only around 6” in each direction, you won’t be waiting hours unless you’re trying to print a large, solid cube.

There are three different speeds to choose from. As expected, the faster you print, the rougher the final quality. We found that the fastest setting resulting in significant stepping on curved surfaces, while if you allow it to take its time, your models look far better, but still not professional-level.

In an attempt to keep things as simple as possible for new users, XYZPrinting has limited the Mini to using PLA filaments. This removes the need for an enclosure but does restrict you somewhat in terms of the things you can build. Still, for beginners, PLA is more than enough to get you started.

The overall quality of the prints is too low for manufacturing, and the build volume too small for mass-production. However, it’s perfect for people looking to print things for their home or office. Better still, it takes any 1.75mm PLA filament – not just those made by XYZPrinting.

So what other features does the Mini have to make things easier for beginners? Well, instead of adding things, XYZPrinting has removed components. There’s no heated bed, for instance, and no built-in screen. You do have a USB connection, though, and WiFi functionality, which is almost unheard of in low-budget printers.

We were pleased to see that drivers are available for both Windows and Mac computers. On the other hand, there’s no Linux support. It supports four different file types, though, so you’re not really limited to using a particular modeling program, which is great.

Even the interface is simplistic. There’s a single button for starting a print and a status LED that lets you know how your print is going. All in all, it’s easy to use even if you’re not particularly tech literate. Let’s be honest – that’s never a bad thing.

Here’s the thing: the Da Vinci Mini isn’t available in the United States. You can buy it from several European locations, though. It costs around $700, which makes it among the cheapest, most robust 3D printers we’ve covered. Of course, you’ll have to find a company to ship it over if you’re in the US.

Running costs are minimal. PLA is among the least expensive materials you can use, and since while third-party filaments aren’t supported, you can easily mod it to accept them. Large spools of PLA often cost less than $20 so really, your monthly material costs will depend on how often you print.

We think that this 3D printer is appropriately priced. It’s clearly intended for novice users, and the price point helps it stay affordable, unlike more advanced printers that offer user-friendly features. You’ll likely outgrow it in a year or two, but until then, it’ll serve you well.

XYZPrinting’s support section provides customer help telephone numbers for 11 different countries. Best of all, each of these can talk to you in the native language or English. This is almost unheard of, and we’re genuinely delighted to see this level of help being offered for free.

The limited warranty period is similarly outstanding. You’re covered from factory defects for up to two years at no extra cost, presuming you bought the printer from one of XYZPrinting’s recommended sellers. There’s no option to extend this warranty, though, which is a bit of a shame.

Customers can consult model-specific FAQs and tutorials in case they need any technical help. There are also different versions of the software, as well as documentation for each printer model here. All in all, it’s one of the most comprehensive support packages offered by any major 3D printing manufacturer. 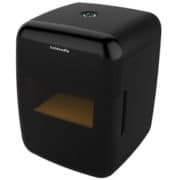