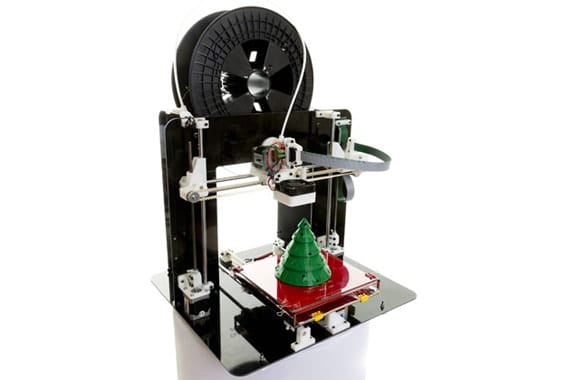 The Mendel90 is DIY at its finest with a rigid design, quality parts, and astonishing results without the hassle of subpar components or poor design. A treat for kit form printer aficionados.

The Mendel90 is a vestige of the early days of the self-replicating 3D printing movement where resourceful designers, led by the DIY spirit, conjured up increasingly sophisticated and innovative printer kits.

Inspired by the illustrious RepRap and equally seminal Prusa Mendel, the Mendel90 is the brainchild of an ingenious maker by the name of Nophead. He not only vowed to create a performance-oriented printer but also went about setting up the infrastructure to make (using his range of Mendel90 printers), sell and ship the model in a comprehensive kit for hobbyists to buy and build.

As such, our review today hones in on the Nophead Mendel90 kit. It is, however, entirely possible to build the Mendel90 from scratch, hence the beauty of open source printers.

Can it satiate the tinkerer’s urge for an ambitious, hands-on project? And, what of the print quality? As always, we’ve spent some quality time with the Mendel90 to answer all these questions and more.

Visually, the Mendel90 epitomizes the DIY kit aesthetic with entrails, electronics, and components exposed for the eye to see, drive belts churning away in the open and the bed having no protective features. For many, this lack of sleek, over-designed contours and concealing acrylic shell would be a deterrent, but in the case of the Mendel90, this open design harks back to the heady days of hobbyist 3D printing’s genesis.

The main appeal of the Mendel90 design is the simplified take on the Prusa Mendel bolstered by rigidity afforded by stiff laser cut DiBond aluminum skinned polyethylene core panels that make up the main structure of the printer. These solid sheets mean the frame and base are both sturdy and fixed at a 90-degree angle relative to one another thanks to buttresses – the inspiration for the name, Mendel90. The stability of this design means that the Mendel90 is one of the few kit form printers that require minimal calibration.

Delving into specifics, the Mendel90 uses Fused Deposition Modelling technology in a Cartesian configuration with a 0.4 mm nozzle single extruder printhead running along the X and Y axes, while the heated print bed (PCB heater with a 2mm glass sheet) is responsible for Z axis duties.

As an open source kit, the Mendel90 accepts 3 mm filament from all manner of manufacturers. Filament type is officially ABS and PLA, but numerous makers boast success stories with materials as ambivalent as nylon and even metal-based variants.

As for connectivity, the Mendel90 is equipped with an SD card reader affixed to the Melzi board that is the epicenter of the printer’s electronics. The printer is designed to work with the RepRap software, but by its open source nature, there is scope for using other third-party slicers.

Out of the box, the quality of the parts is extremely apparent with no corner cutting to save costs even when it comes to the 3D printed parts. The packaging is also very well thought out with a selection of boxes containing the various components and sufficient bubble wrap and styrofoam to keep them all safe and sound during transit.

Nopead opted to remove a PSU from the kit, presumably to cut down on shipping and import cost on the user’s end. We were able to obtain one relatively quickly, and the instructions provide details on what to look out for when buying a power supply unit.

Relative to other kit form printers, the assembly process of the Mendel90 can be described as straightforward, mainly due to the excellent quality of the instructions provided on the SD card. Without over complicating the process with unnecessary verbosity or jargon, the guidelines offer concise steps aided by clear infographics. In our case, construction time tallied up to around 30 hours as we took our time to enjoy the experience.

In keeping with the DIY ethos, our first few print attempts went horribly with the sole culprit being on the user’s end. After a relatively short 30 minutes of calibration and tinkering with the Z-axis height, the Mendel90 kicked into overdrive and started producing prints as intended.

The quality of the prints easily rivals similarly priced models such as the Printrbot and completely blows the Prusa Mendel out of the water. In what is a boon for any problem-solving maker, the prints improved over time as we became increasingly familiar with the Mendel90 and after a couple of days of fine tuning it was hard to find fault with anything the printer churned out.

Of course, the results aren’t on par with an industrial grade $50,000 printer, but they were more than admirable relative to other kit printers, notably in the sub $500 price range.

In keeping with the tradition of DIY kits, support for the Mendel90 is very much a community-based affair characterized by a wealth of knowledge and troubleshooting nuggets sprawled across the internet on niche forums, enthusiast YouTube channels, and the like. That isn’t to say the support is of poor quality; on the contrary, it rivals that of leading large scale printer manufacturers but requires an ability to research and ask questions.

As Nophead as effectively stopped selling the Mendel90 kit, direct support is nonexistent and to be honest was never on par with the behemoth corporations of the 3D printing world, nor did it purport to be, providing a basic warranty on parts, but little else.

Overall, it is difficult not to be enticed by the stripped-down design of the Mendel90 and the open source spirit that courses through its electronics. We have here a printer that works wonderfully but is equally geared for continuous upgrades if the owner is inclined that way thanks to the DiBond sheet design.

The assembly remains relatively simple according to the type of printer we have here with a focus on ease and any maker who wants a meaty project to sink their DIY canines into will find countless hours of joy with the Mendel90.

It does lack many of the benefits of more contemporary models (self-calibration, auto bed leveling, etc.), agreed, but we love that the Mendel90 doesn’t take its user for a fool yet carves a clear path to printing success without being patronizing.