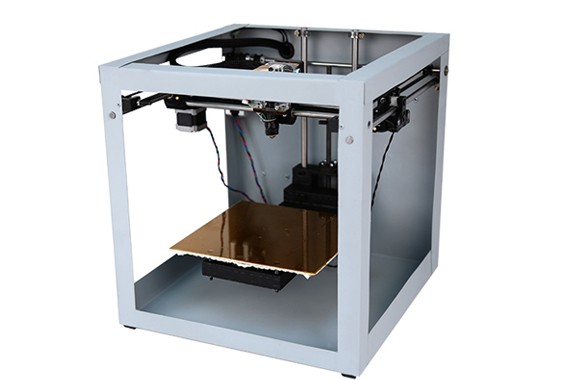 The Solidoodle 3 is very much an artifact of the gold rush of 3D printing with too many subpar features for this day and age. The print quality is acceptable when it does work, but the design oversights and barebones construction don’t warrant the price tag.

Although Brooklyn based 3D printing company Solidoodle has now shut down, the Solidoodle range of 3D printers remains an iconic entry in the history of the medium. Today, we take a look at the third generation Solidoodle that launched back in 2013.

Does it stand the test of time and how does it compare to more recent offerings that benefit from over half a decade’s worth of advancements in 3D printing tech?

The almost skeletal metallic frame of the Solidoodle 3 seems more at home in machinist scrap pile than at home. Suffice to say; the Solidoodle 3 isn’t the most attractive 3D printer by any stretch of the imagination. The reason for this is to save costs and pass those down to the consumer, but there’s the sense that too many corners may have been cut regardless of Solidoodle claiming the parts are of the highest quality and that savings come down to smart engineering.

Blemishes and stains on the steel peppered our test copy of the Solidoodle 3, which didn’t impact the print experience but felt hard to swallow given the approximately $800 price tag. The functional LED illuminating the build area was, however, a welcome touch.

Aesthetics aside, the Solidoodle is one hefty printer. Square machined steel cutouts make up the front, top, and sides of the frame, while the bottom and top are uncut panels. The panels are bolted together for solidity, and it shows. Even during printing, a good bash on the frame won’t disrupt it.

The now ubiquitous trend of standing on top of printers to prove their robustness started with the Solidoodle range and the third iteration is no different. The Solidoodle 3 matches this rigidity and is bigger than the previous Solidoodle 2 weighing in at 20 lbs.

With the open plan design and no enclosure or protective see-through acrylic panels, there’s no doubt this printer isn’t suited to an educational setting as the propensity for injury is far too high. For those with more curiosity than sense, the exposed hot end and bed are an accident waiting to happen. It’s a shame Solidoodle didn’t carry over the popular acrylic panel option from the second generation model.

Furthering this open style, the RepRap Sanguinololu v1.3a control board running Solidoodle Marlin firmware is openly mounted onto the back of the printer in a transparent plastic casing with open wiring running to the motors and extruder mount.

Technically, the Solidoodle 3 employs standard XYZ Cartesian additive FDM technology with belted stepper motors and slider joints controlling both the extruder mount on the x and z-axes and the build plate on the y-axis. For anyone accustomed with 3D printers, this doesn’t divert from the tried and trusted, and there are no surprises here.

The build platform is a thick aluminum sheet that is heated for adhesion as well as to minimize warping. It can reach temperatures upwards of 110 degrees centigrade.

The extruder is Nichrome powered and of the direct-drive variety with a max temperature of 215 degrees centigrade. The lowest layer resolution sits at a respectable 100 microns that more than anything highlights the age of the Solidoodle 3; similar entry-level models now boast layering as small at 20 to 50 microns. The standard layer resolution at average speeds is 300 microns with a nozzle diameter of 0.35 mm.

The Solidoodle 3 is geared towards 1.75 mm diameter open source ABS and PLA filament meaning you can buy from a third party and it will work with the device. The heated build plate is ideal for ABS, but the lack of enclosure isn’t typical in this day and age of fully enclosed ABS printers.

Software-wise, the Solidoodle 3 works with Repetier-Host compatible with Windows, Mac, and Linux operating systems. The printer can also be used with other open-source slicing software like Cura, but Solidoodle recommends Repetier-Host. It isn’t necessarily the most accessible software and is a challenge to learn, but once through the learning curve, the array of tinkering options becomes a positive rather than a hurdle.

The Solidoodle 3’s connectivity is exclusively limited to USB to PC with no untethered option such as an SD card slot, Wi-Fi, or USB flash drive port.

In an exciting twist on what appears to be a kit build, the Solidoodle 3 ships fully assembled, surprising us to no end. The packaging protects the printer well throughout with styrofoam supports and bubble wrap wedges to hold it sturdily in place. The package includes the Solidoodle 3, power adapter, filament sample, filament spool holder parts, USB cable, official documentation, and instructions.

By way of installation, there’s no much else to do other than piece together the filament spool holder parts guided by a clear pictographic instruction sheet. Unfortunately, the spool holder was virtually useless as once assembled and pushed into the bracket on the back of the printer, placing filament spool caused it to shift downwards. We solved this by applying a healthy smattering of duct tape to secure it in place in anticipation of printing a long-term solution.

Firing up the Solidoodle 3 was an obstacle in itself. With no power button to speak of and noticing that the power adapter is attached directly into the control board, we gingerly connected up the power cord to a socket, and the printer sprang to life. In effect, the only way to turn on or off the printer is to plug it in or detaching it from a power socket, which feels so rudimentary given the technology at hand.

Calibrating the printer was a bothersome task due to there being no wing nuts on the bottom of the build plate and the top nuts being covered by the polyimide tape on the build plate. Similarly, the build plate takes incomprehensibly long to heat up, stalling around the 25-degree centigrade mark for what felt like an eternity before slowly inching upwards.

Getting decent quality prints out of the Solidoodle 3 is within the realm of possibility, but finding the right settings in Repetier-Host went notedly against Solidoodle’s claims that this model is easy to use. The results of our first run of prints were either botched completely or had too many inconsistencies to be salvageable.

When we did finally fine-tune the printer just right, the results enhanced remarkably, but layer thickness wavered, globules and bloating problems were standard, and every print required quite a lot of touch up work from sanding to picking off puffed plastic pieces and the like. The first layer more often than not failed to stick properly, and when it did warping was commonplace.

The results were disappointing, and we quickly became accustomed to returning to a finished print with at the very least a handful of imperfections. Contours were rugged and bumpy especially as we moved towards printing larger models and details were there, but lacking precision.

Solidoodle no longer exists with the company suspending operations back in early 2016 due to the disastrous launch of its last 3D printer, the Solidoodle Press, which triggered a deluge of tumbling sales, and ultimately insolvency.

Support is, therefore, nonexistent from the manufacturer directly, and although points of sale may offer limited warranties and defect refunds, much of the hands-on help now emanates from enthusiast groups and forums peppered across the internet. The SoliForum is a good bet with a vibrant and friendly community at hand to help with any troubleshooting or educational needs. It’s also a great place for ideas and upgrade guides.

The Solidoodle 3 was unquestionably a revolutionary offering when it was first launched, especially if we consider the price point and fully assembled design, but it quite simply hasn’t stood up to the test of time. The market is ripe with modern competitor models that offer the same features but considerably updated and with more to boot.

If you can get your hands on a Solidoodle 3 on the cheap, it is an excellent foundation for a project. The basic frame is an ideal starting point for upgrades and improvements. A quick browse on the SoliForum and YouTube reveals an array of mods and enhancements with owners proudly displaying upgraded Solidoodle 3’s that are vastly superior to the base model.

Additionally, if we consider the Solidoodle 3 in regards to the previous Solidoodle 2, there doesn’t seem to have been much improvement other than the expanded build area and frame size. The extruder, questionable wire routing (we had to tape one back because it got repeatedly entangled with the Y rod and got caked in lubricant), and build plate appear identical.

Overall, recommending the Solidoodle 3 is troublesome, and with its tagline as easy to use and affordable, money is far better spent on something more in keeping with contemporary 3D printing tech and trends. 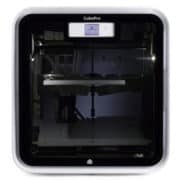