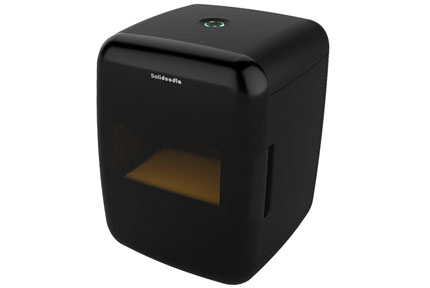 We really wanted to like the Solidoodle Press. Ultimately, though, it’s too expensive, too unreliable, and seems designed to annoy rather than help the user.

The 3D printing market is so big and there are still new printers released almost every month. This makes it difficult for most people to keep up, especially given that most new models are fairly expensive. Perhaps there’s something to be said for older, more reliable 3D printers? We decided to find out.

Today, we’ll be examining the Solidoodle Press. While the company has since gone out of business, it’s easy to find this printer at third-party retailers. The question is: did Solidoodle fail because of the Press, or despite it? In this review, we’ll try to find the answer.

The Press has a nice, rounded shape and a small footprint, making it ideal for small spaces like desktops. It offers a fairly spacious, enclosed print bed which allows it to maintain a consistent temperature pretty well. This has the added benefit of keeping thing nice and quiet while printing.

You can’t deny that this is an appealing printer. Everything is tucked away neatly, with the filament hidden inside a hatch at the top. While the door might seem opaque in pictures, it’s actually transparent; a light comes in while in use so you can keep an eye on your prints.

In an attempt to keep things simple, Solidoodle has included a single button (power on/off) on this printer. All other functions are performed via software. This does mean that you can’t choose which of several models to print if you’re using an SD Card, though.

We try not to expect much from low to mid-priced 3D printers. Amazingly, the Solidoodle Press managed to disappoint us, even with the bar set monumentally low. In theory, it’s fine: you can use PLA or ABS, and the print speed is faster than most. In practice, however, it’s a whole other story.

Despite the bed being heated, filament sticks to it like glue. That’s if it doesn’t snap off during printing, which is a common occurrence due to the positioning of the extruder and spool. Further, this model has a tendency to overshoot its target, or just fail a print completely, seemingly at random.

Here’s a complaint we’ve never made before: the print bed is prone to shaking and wobbling. There are screws you can tighten, but their impact is negligible. We’ve even heard that some people had to hold it in order to finish printing, something that is just simply unacceptable from a 3D printer of any price.

The Solidoodle Press comes with its own software called SoliPrint. Like the printer, however, this software is light on functionality and a pain to use. In many cases, it was unable to properly center models, and it often lags out, making the user wait several seconds before registering any input. Frankly, it feels like something a new programmer would make.

This might not be a deal-breaker. After all, you can always use different software. However, there’s no way to control the printer without it, and certain features might not be supported by other applications. We’re amazed that Solidoodle thought this was good enough for the public to use.

It’s unclear who this printer is for. It’s certainly not good enough for commercial use, but it’s also too weak and unreliable for hobbyists or casual printing fans. Additionally, it doesn’t have any unique selling points, so it’s very hard to recommend.

This model retails for around $399, which would be just fine if it were a standard-quality 3D printer. It’s not, though. You’ll have to try several times before a print actually finishes, and if something breaks, you’re on your own since the company doesn’t exist anymore.

There are a few hidden costs as well. Firstly, you’re going to burn through the filament. While the supported materials are both fairly inexpensive, frequently failed prints guarantee that your costs will be higher than usual. Secondly, there’s the cost of additional printing software to consider, since SoliPrint is laughably bad.

Somehow, Solidoodle has created a printer that manages to be both budget-friendly and also wildly overpriced. It’s a real shame since clearly, a lot of time was spent on the aesthetics and we wish the same attention had been paid to functionality.

Solidoodle’s website points users to a blog post explaining that they’re no longer trading. Currently, the site’s only support comes in the form of Soliprint downloads for Windows and Mac. Third-party sellers may have their own warranty terms, so if you decide to buy a Press, make sure to check this out first.

Users in need of assistance can consult the forum, which is still running and active. You can’t expect too much from a company that has folded, but to their credit, at least they’re still providing people with an avenue to get help. You will have to make any repairs yourself, however, since Solidoodle no longer has a support team.

We can’t comment on what support used to be offered, but generally, printers in this price range have ticket systems, manuals, and troubleshooting guides available. Solidoodle still pays for website hosting, so there’s no reason why they should eliminate this content from the site. 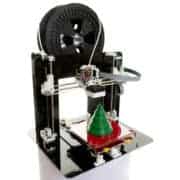